John Keats and The Rise of Millennial Depression 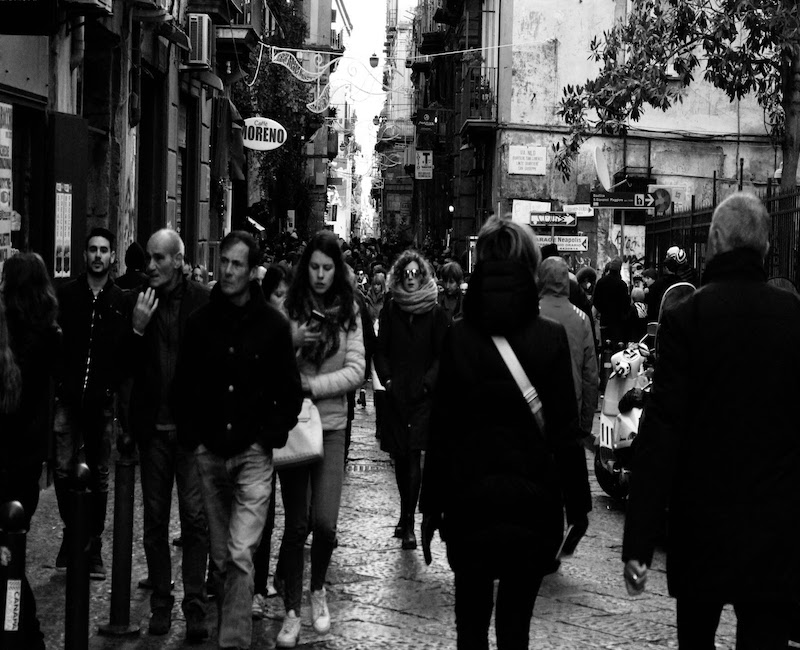 A typical street in Napoli

As it seems to have been for some years now, every other week one of my friends will glance over at me with a burnt out look in their eyes. Deep, prune shadows beneath their dry eyes. Hair rich with knots and stuck together from lack of washing. A forehead flowering with blemishes and small red, pimples. And they never say a word, but the look in their eyes tells me more than I need to hear. Besides, speaking seems entirely fallible when it comes to describing what it feels like to be…

I have asked myself multiple times if this is only a recurring case that I am noticing, but more and more, as the news gets worse and worse, it seems that everywhere people —young people—are feeling more depressed than ever.

Put it to research studies from just last year (from the International Journal of Epidemiology) that found a 6 per cent increase in depressive diagnoses in the UK. Several years before that 47% of millennials were diagnosed with depression in the United States. Such mental illness seems to be particularly hard in millennial generations, diagnoses tend to be given out at the highest rate between the ages of 23 to 38.

But why is this?

In a social climate where it has supposedly never been easier for people to talk about their feelings, why are nearly 7000 people taking their lives in the UK each year? In a world where you are constantly promised that living in the west is the best and look at all the flashy new things that will make you feel good, why are newer generations becoming increasingly concerned about their state of mind?

The answer, of course, is not simple.

It would be easy to point blame to one single thing, because individual provokers are easier to deal with than multiple, but we also live in a world where nothing has ever been easy. The fact of the matter is everything and nothing is affecting your sense of self-worth. Mindfulness for the ever deprecating environment; concern for personal economies; war angst; a feeling that you’re not doing enough to help the world; the ever-growing gap between rich and poor; all your talented friends being better than you; your parents’ stress; the economy; politics…

This is a spiralling mentality, thinking of one thing leads to another and like a positive feedback loop it expands and expands, and feeds the monster, until you are feeling small and helpless. And it is not easily aided by the lack of a fixed and certain solution. Medication and treatment are developing as we gain a firmer understanding of mental illness and what worked yesterday is abandoned for what works now, and so on and on and on…and with that last, miserable piece of information, you would fall to your knees, defeated.

But I reproach such a mindset, in spite of your melancholy, your lack of motivation, your depression you must never lose hope. Hope is not positivity nor is it forced happiness, but rather, I find, hope is the belief in a future that is worth waiting for, a small prayer for the unknown, for energy. Hope is being kind to yourself and allowing yourself to be helped, and taking the necessary steps to cope – be that therapy or otherwise.

If I could tie this article off in such a way that would not sour the reader’s headspace so much, I would ask them to think of John Keats’ “Ode to Melancholy” and to view the darkened days not as eternity but as a single moment in the grander schemes of life, a passing time that you have the power to pull yourself out of. Perhaps everyone around you is dejected, but we ought to now, more than ever, help one another and to make something good out of our mutual pain, that is a lesson in human empathy and emotional intelligence.