Some Facts about the Beijing Olympics 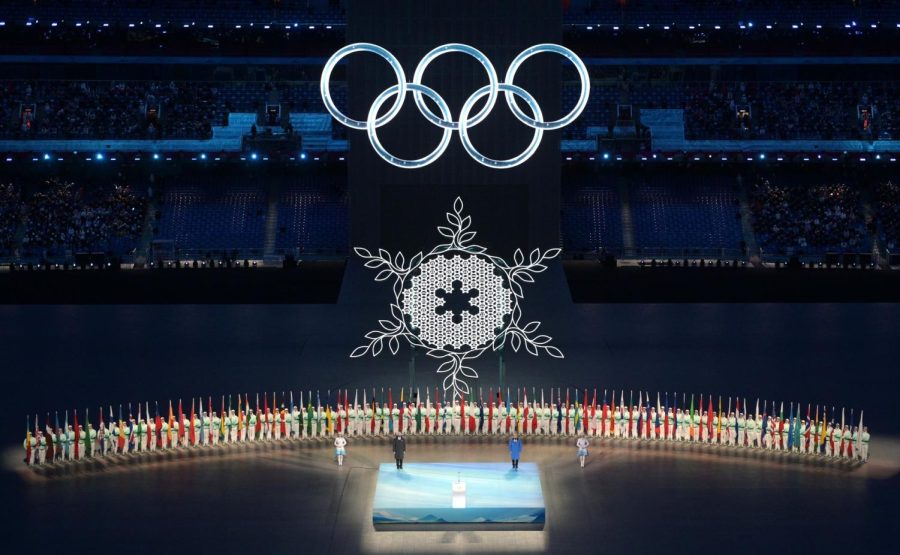 Photo via Wikimedia Commons under the Creative Commons License

The 2022 Beijing Olympics lasted for 19 days: the opening ceremony was scheduled for Friday 4th February, with preliminary events beginning on 2 February, and the closing ceremony was held on Sunday, 20th February. Within these days, 109 sport events will be held, including some new events such as ski jumping( mixed team)  and snowboarding (mixed team).

Who are the mascots for the Beijing Olympics?
The official mascot of the 2022 Winter Olympics was Bing Dwen Dwen, whose prototype is a panda. In Mandarin, the word “Bing” means ice, which also symbolizes purity and strength. “Dwen Dwen”, on the other hand, carries many meanings, it can be used as an adjective that has similar meaning as ‘robust’ and ‘lively’, it can also represents children.  The mascot wore a full-body shell made out of ice and was said to embody the strength and spirit of Olympic athletes.

​​The official mascot of the 2022 Winter Paralympics is  Shuey Rhon Rhon, whose prototype is a Chinese lantern child with a glowing heart who symbolizes warmth, friendship, courage, and perseverance of Paralympic athletes. The Chinese lantern has long been a cultural symbol representing celebration, harvest, and prosperity. Red is considered the most festive color (which is fitting since the Games will overlap with Chinese New Year celebrations).

Sports that considered for inclusion in the Olympics is evaluated based on five factors which are then further split into 35 criteria. The criteria include how much value the sport would add to the Olympic legacy; how long the sport has existed; how popular the sport is in the host country and numerous other factors.

Does it snow in Beijing?
The answer is no: Beijing has little to no natural snowfall in the winter. Two cities northwest of the capital, Yanqing and Zhangjiakou, were where the outdoor skiing events held. Most of the snow was created artificially, which is though, in the warming world, hardly an anomaly : about 80% of the snow used in Sochi, Russia in 2014 was artificial, and that number went as high as 98% for the Pyeongchang Games in South Korea in 2018. To transform terrains, organisers have uses almost 300 fan-powered  snow guns and 83 lance-style snow guns from Italian firm TechnoAlpin.

Covid impact on the Winter Olympics?
The compromise that forced the Tokyo Olympics to be postponed for one year due to the rapid spread of the COVID-19 didn’t happen in this year’s Winter Olympics. This year, the International Olympic Committee and Olympic organisers in Beijing have gone out of their way to emphasise that the Games will go on as planned. Juan Antonio Samaranch, a top Olympic official, was blunt: “In a Covid world, you have to be flexible, and you have to be able to adapt rapidly to changing conditions. We have that in Beijing.”

Similar protocols were carried out as those at the Tokyo Olympics last summer, but in a more stringent way. A ‘closed-loop system’ (also known as a bubble) had been developed, in which thousands of athletes, coaches, team officials, Olympic staff members, contractors, volunteers and journalists were confined for the duration of the Games. The bubble included competition sites, hotels and other lodging for athletes, media facilities and a transportation network. No one else could go in; no one could come out.

Similar to the Tokyo Olympics last year, the organisers have cancelled plans to sell tickets to the Chinese public. Citing the threat from the pandemic. Any spectators will have to follow strict rules intended to limit the spread of the virus.

Who has the most medals in the winter game?

Over 300 medals were awarded to Olympians participating in the 2022 Winter Games and Norway broke the record for most gold medals at a single Olympic Winter Games ( 37 in total and 16 gold medals). Germany, earning 27 medals (12 gold), was on the second place, while China was on the third with 15 medals (9 gold).

Who were the most popular athletes in the winter games?

Being the two-time Olympic medalist won four medals at the 2021 World Championships, Mikaela Shiffrin becomes one of the most dominant athletes in Alpine skiing.

Hanyu has broken world records a remarkable 19 times, and is widely regarded as one of, if not the greatest male figure skater in history. Simply put, he is can’t-miss television.

The spotlight is on the Dutch sensation at the Games after what Suzanne Schulting did at the 2021 World Championship: the 23-year-old won gold in every event at the competition (including the overall event), becoming only the second woman and fourth skater in history to sweep the board at the championships.

Finally… where will the next Olympics take place?