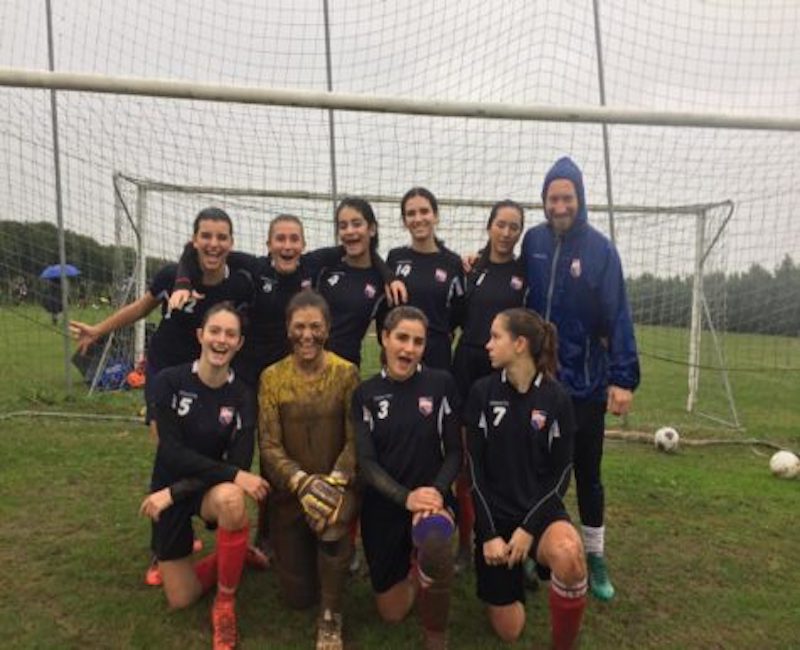 During the Half-term break, St. Louis School Football teams from both the primary and high school went to Verona to play the Mediterranean Cup for International Schools.

The high school presented three teams: U16 boys, U18 boys, and U18 girls. Each squad played ten games in the qualifying round, then followed the semi-final and final of the groups, based on the ranking of the first matches. The students had to struggle through rain, mud, and the cold. And yet, the team spirit and sportsmanship of the players made the experience fun and the horrible weather worthwhile.

The U16 team reached the podium of the Elite Gold, qualifying in third place. The U18 boys followed with the fourth place in the Elite Gold. The U18 girls for an unlucky goal on the 19th minute of the last game of the qualifying round passed to the Elite Silver, where they lost the final at penalties, reaching the second place.

Two of our exceptional students received two nominations: Francesca R won the U18 girls Best Goalkeeper Award and Matteo A the  Best Player Award of the U18 boys.