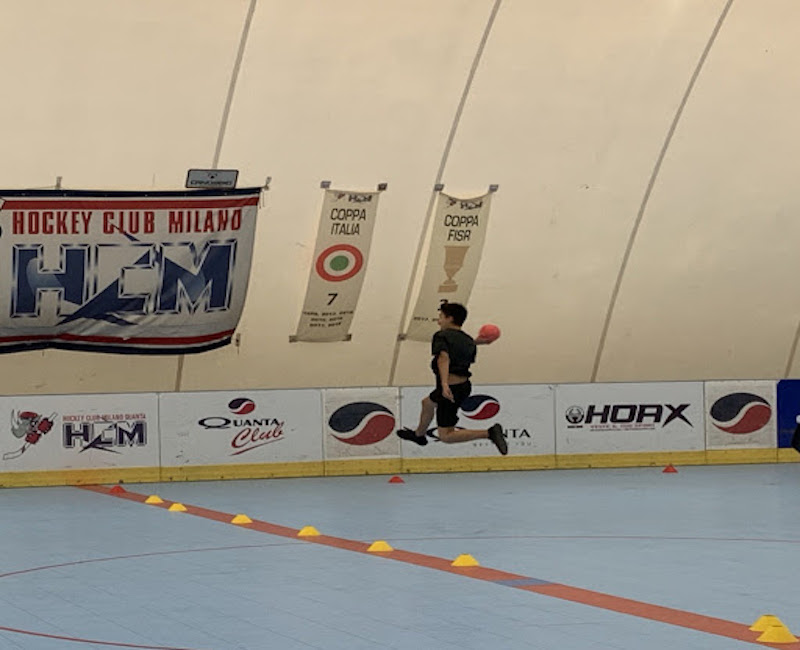 8.30 AM, Friday, Quanta Club – Standing on a dewey pitch, clad in sportswear and the proud lettering reading “St. Louis School” on their shirts, are the sleepy sportsmen and women of St. Louis. Not yet awoken by the chilly morning air, they await anxiously but excitedly for the Sports Festival to begin. By 9.00 AM, the formalities and the warm-up exercises are already finished and the students are herded towards their first activity for the day…

The Sports Center was a large expanse of inflatable pitches, courts and swimming pools which saw a major change to last year’s mainly athletics-based activities. The sports this year ranged from tennis to dodgeball and from beach volley to football. Not one pupil was able to escape tossing or throwing the ball because the activities required such mass participation. The group-oriented activities were important in igniting the competitive spirit of the day, though it should be noted that a sportsmanlike and light-hearted attitude was vital in maintaining the relaxed and informal air of the day.

The Festival was soundtracked by the loud yet amusing cacophony of the cheering of house teams.  Sneakers squeaking across the courts and incessant yelling provoked by a biased referee’s verdict or primal house rivalries. Students could be seen skipping across the pitches or dancing to music as the day progressed, warming slowly with a much-welcomed sun. As they flocked from one activity to the next, all attendees wore an imprinted smile and a keen approach, ready to attempt the next activity.

At 12.30 PM, a humble banquet  was served. Students took this time to discuss the events of the day so far, joking around, taking turns on the swings metres away. If one took a trip around the small congregations of students and posed a question or two, the general consensus seemed to be that everybody was “tired but excited”. The sports had seemed so driven by a relaxed and jovial approach that only now the weight of the exercise finally begin to catch up with the students.

Thus, the afternoon activities seemed to flow almost lethargically. The sun was out and dizzying, and multiple students stumbled to the ground to soak in the last moments of the long-gone summer season. And yet in an almost juxtaposing manner, on the main pitch, a friendly rugby match consisting of an amalgamation of Year 13 students teachers had gathered. It was an entertaining watch as the students awaited the call for the closing ceremony.

At 13:30, the closing ceremony commenced. It was a brief but pleasant affair. The students supplied the drum roll sound effects as the rankings of the Sports Festival were announced. No hard feelings or contestation followed the revelation that Air had managed to snatch the trophy this sports festival, in fact a wave of applause and rowdy cheering from the other house members broke out. Air representatives ran to shake hands with Mr Rafferty and grab the gleaming trophy.

This is only the first of many  St. Louis house competitions. Who will be the next winner?  There is  everything to play for.