A St Louis student in Qatar 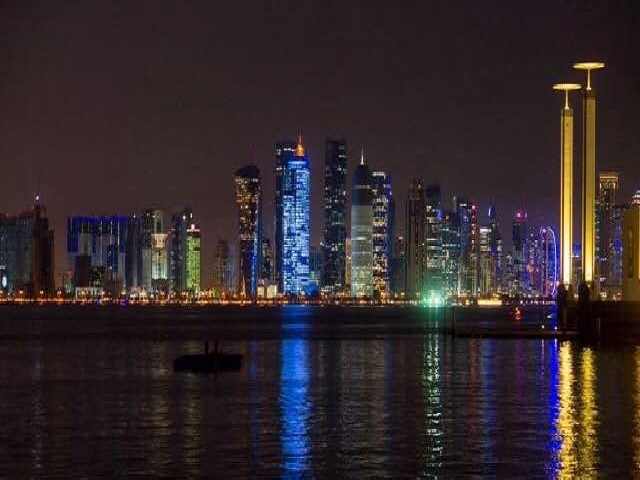 This week, I was lucky enough to get the once-in-a-lifetime opportunity to visit Qatar’s capital city Doha. The senior Italian national vaulting team, in which I play the part of the reserve, was invited there for a special competition which presented only the world’s best vaulters.

My team and I left Malpensa airport on Saturday and travelled for six hours on a “Qatar Airways” plane, receiving a luxurious treatment that continued that evening at our magnificent hotel – the five-star Ritz-Carlton Hotel. From my balcony, I could admire the singular panorama of Doha that magically mixed the dryness of the desert with the elegance of the tall skyscrapers. The buildings in the city centre were so impressive that they left us speechless every time we saw them. Another thing that surprised us was the enormous quantity of building sites that surrounded the whole city, stretching until we couldn’t see the end with our sun-filled eyes. The sun was very bright, sometimes too violent for us who are used to cold and winter, and the temperatures rose to more than 25°C. In fact, it has been quite a shock to come back to Milan now!

During my stay, I really enjoyed observing the people around me and trying to understand the Arabian culture. All the people there were strictly Muslim; the women wore burkas that covered their whole body except for the eyes and the men all had the traditional white vest with a turban on the top and the back of their heads. Because of their strong beliefs in decency and to respect their traditions, we were also recommended to wear clothes that covered a significant amount of the body, covering shoulders, knees and back.

To become more part of Qatar for the short period of time in which we stayed there, we were served typical food such as white rice with spices and very tasty meat and fish, accompanied also by natural creams made with local vegetables, beans and spices. But to dive completely into the Qatari lifestyle and live as real Arabians, we went to a very special local market called “suk wakif” where we bought typical products such as bracelets with cultural meanings, silk scarves and spices. It was very interesting because there is a habit to negotiate a lot on the prices, but it was very fun. That evening we tried some traditional kebab and desserts with local dry fruit and nuts. Everything was very cheap and was payed in “Qatar Ryals”, which are approximately 4QR for 1€. The market was magic…I had an amazing time in Doha and I really wish to visit again sometime soon to see what the many construction sites become.

The competition was also fantastic, and Italy won two silver medals with the team and the individual vaulter Anna Cavallaro. I absolutely recommend Doha to all tourists who are eager to learn about a culture which is different from ours, yet is as majestic and interesting as European life.