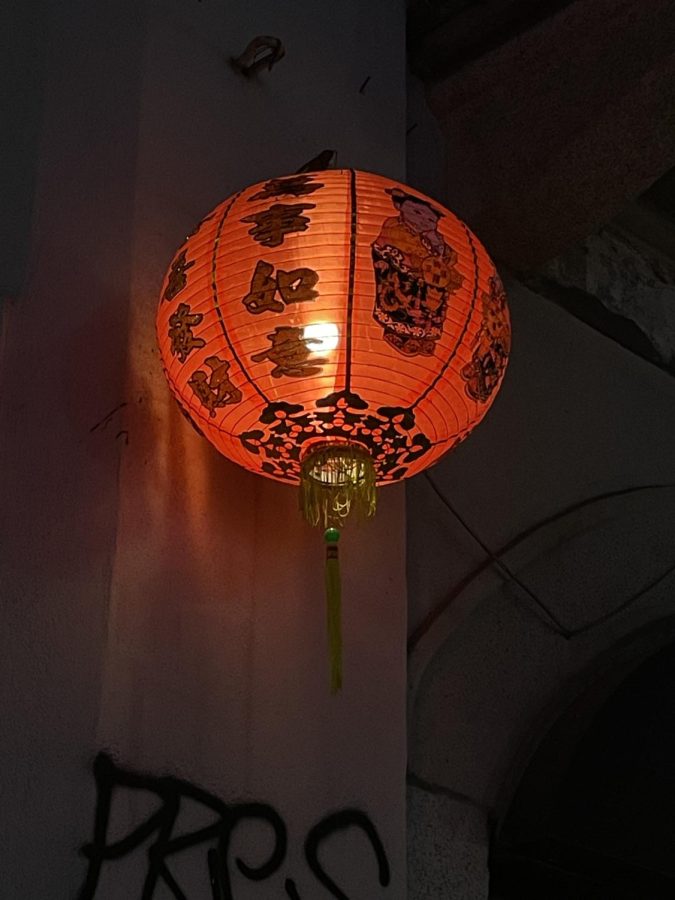 Chinese Lantern in Via Paolo Sarpi

Chinese New Year, also known as the spring festival (春节 chun jie), or Lunar New Year, is here! This year it fell on Tuesday, 1st February 2022 — the year of the water tiger.

What is Chinese New Year?

Apart from enjoying a family reunion dinner and exchanging gifts just like how you celebrate Christmas and New Year, there are some special traditions for celebrating the Chinese New Year. For example, being associated with wealth and good fortune, the festive scarlet decorations are adorned everywhere. Red envelopes are given to children and unmarried adults as gifts, the cash inside can range from a few euros to a bulky amount, depending on the relationship to the recipient. There are parades on the streets and you can enjoy the firecrackers, fireworks and “Lion and Dragon Dances” on Chinese New Year Eve. Food is of course an indispensable part of the celebration, ranging from dumplings from north China to hotpot in south China, the recipe is varied between different provinces, but each of them carries good meaning and bears the expectations of people for the coming new year.

Here is a favourites ranking of the traditional foods for Chinese New Year according to thefoodller.com:

Chinese New Year is not only celebrated in China, but also in other Asian countries such as Korea, Singapore, Malaysia, Indonesia and Thailand. You can also experience the festival in Chinatowns around the world including Italy – lanterns are on display in Chinatown in Via Paolo Sarpi!! Celebrations have been scaled back due to the ongoing global Covid pandemic.

The Chinese Zodiac is a traditional classification scheme based on the lunisolar calendar that assigns an animal: there are twelve animals in total plus five different elements — wood, fire, earth, metal and water — which together creates a 60-year-cycle. So 2022’s “Water Tiger year” hasn’t happened for 60 years! According to Chinese astrologers, people who were born in the year of the Tiger are brave, competitive, unpredictable, and confident.

Lastly, what are the 12 animals of the Chinese zodiac coming up next?