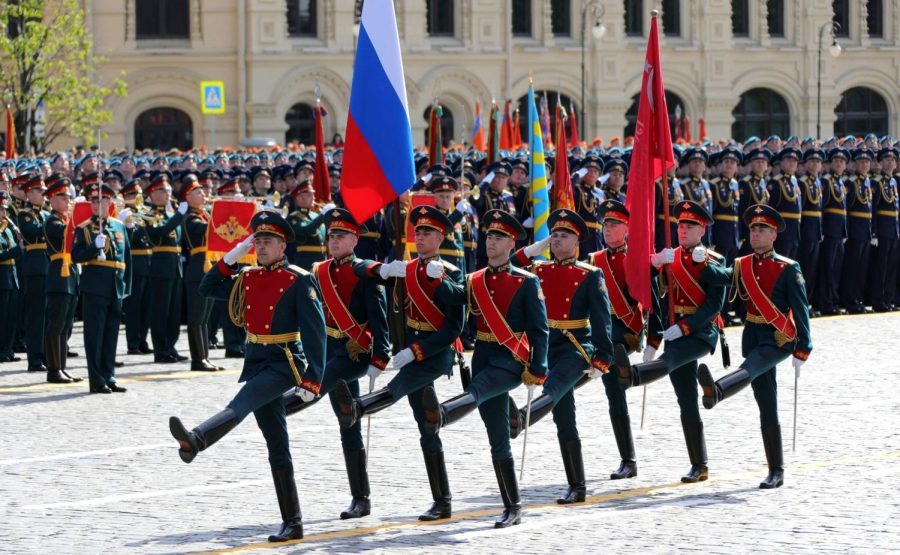 Photo via wikimedia commons under the Creative Commons License

In lockdown, time passes in a new, incredibly weird manner. It seems like it was March just moments ago, and now, out of the blue, the 9th of May is approaching us. Although in most countries it is not considered a holiday, in Russia everyone, from young children to elderly people, look forward to this day each year. Today, I would like to take a few minutes of your time and tell you about this holiday.

Some of you may be familiar with Russian history, some of you may not. On June 21st in 1941, the Nazis attacked Russia and started what we call today the Great Patriotic War. Due to Stalin’s purges, the country lacked military officers, which is why nobody was in the right state to start a war. My grandparents who were little children during that time period told me about the true severity of the situation. Nowadays, we may read about the war, watch documentaries about it but, in my opinion, unless you talk to the people who have actually lived through it, the words mean nothing.

My grandfather, Dubrovitskiy Vladimir Andreevich, told me that everyday women, children and even the elderly went to work in the factories, making weapons day and night, not sleeping, working in truly disastrous conditions and sending their last food to the soldiers, all for the victory. My grandmother, Svetlana Yuferova, who was born exactly one month after the start of the war, never saw her father. Being a doctor, he was sent to help the wounded soldiers right after the war started and tragically died on its fifth day. During difficult times such as war, especially one that a country is not ready for, families would learn about the fate of their loved ones from short notices that arrived from the hospitals, and never got to say goodbye to their fathers, sisters, and brothers.

Victory in Europe Day (the fall of the Nazis) is celebrated on the 8th of May. This year we commemorate 75 years since that day.  In Russia it is celebrated on the 9th of May as the fall occurred after midnight in Russia.  The 9th of May is always celebrated in our country with parades, exhibitions and fireworks; people go out on the streets with red carnations, holding pictures of their relatives, everyone that never returned home. This year, however, the President has cancelled the parade due to the coronavirus pandemic that has spread all over the world. It is definitely sad not to be able to pay the tribute to the war veterans this year. However, we can show our respect and gratitude to them by simply staying home and practising social distancing. It is vital that all of us stick to these rules – remember, we are only strong as long as we collaborate and work together.

The official data regarding the total number of victims in the USSR has changed frequently over the last years. Eleven million, fourteen million, twenty million. The latest figure was announced in 2017 – 40 million people. I tried thinking about that number but up to this day, I can’t even picture how many it is.  Just pause right there for a minute and try to understand. Even one life is a huge loss, and here… Forty…million..people…gone. Forever. No way to return them.

Even though the Great Patriotic War is in the past, the challenge of defeating the coronavirus is still ahead of us. Now let us think about the doctors that are battling with the illness as we speak. Just like the soldiers, they take risks every day, sacrifice themselves for us, practically gift us our lives. Just for that, we should be forever grateful to them. So please, take that into account, the next time you are thinking whether to step foot outside or not.