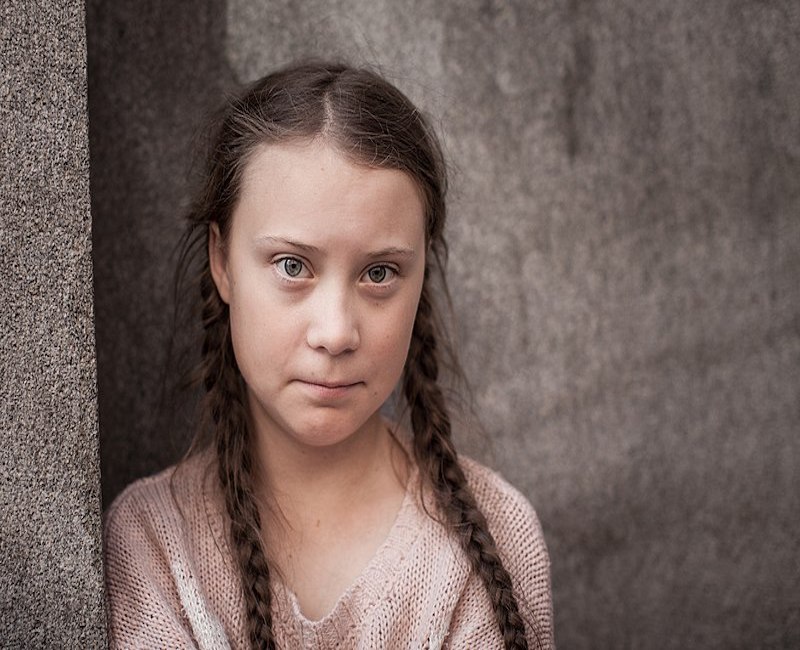 Photo via wikipedia under the Creative Commons Licence

“You say you love your children above all else and yet you are stealing their future in front of their very eyes.”- Greta Thunberg, Katowice, December 2018

16 year old Swedish activist Greta Thunberg, nominated for a Nobel Peace Prize, has become a beacon for change in our society with her recent speeches at the COP24 UN climate conference, TEDx Stockholm and the Davos World Economic Forum. And Greta’s actions come with a strong purpose: make our nation’s leaders truly acknowledge climate change, and make them bring about serious, immediate amelioration to the way we treat and impact our environment . Since Greta’s solo protest in August 2018, thousands of students around the world have too been inspired to pick up the baton and  “fight for their lives.”

On Friday 15th of March over 1.4 million young people joined the global school strike movement for climate change. From Australia to California, and major cities such as Washington, London and Milan, more than 2,000 protests were organised and led by students; there was marching, there was singing, and there were posters of all shapes and sizes as young people took to the streets to make their voices heard.

So why are we striking and what, specifically, are we striking for? The words “climate action” and “climate change” can mean a whole host of different things. And yet all these meanings are inextricably linked to one scientific consensus: the Earth’s climate is warming and human activities are causing it. Rising sea temperatures, shrinking ice sheets and escalating extreme weather are only some examples of the rapid, unprecedented changes that are occurring in our environment – changes that pose a growing threat to our society. The youth strikers of today want to combat these threats – they demand urgent action on behalf of individuals as well as policymakers and governments to reduce greenhouse gas emissions, and work collaboratively towards achieving a sustainable, clean energy future. A special report , issued by the Intergovernmental Panel on Climate Change in October 2018, highlights the vital importance of taking a stronger global stance in light of the foreshadowed global warming of 1.5°C – setting a deadline for 2030 to get emission levels down and under control.

Q: How would you describe your experience at the climate change strike in 2 words?

A: Eye-opening and emotional

Q: What reasons personally motivated you to strike?

A: I’ve been following Greta’s campaign since she began protesting last year, so I just couldn’t pass down on the opportunity to follow her footsteps and join the global strike for climate change here in Milan. Personally, I really care about our environment, I think we should always respect nature and I find it deeply upsetting to see so many species risking extinction as a result of selfish human behaviour.

Q: What have you learned from your experience at the strike?

A: I definitely feel more motivated after the strike to contribute more to protect the environment – we should all embrace little changes in our life for the sake of our planet. Also, after the march we held small “sessions” in Piazza del Duomo which gave me the opportunity to talk to other people about their opinions and share our similar or contrasting views about the climate crisis.

Q: Do young people in particular have a responsibility to take care of our environment? Or do we all share the same responsibility?

A: Young people today have to face the consequences of an environmental problem caused by past generations; the brutal exploitation of the planet and its resources. It’s an unpleasant reality, and since most of the politicians currently in power are doing nothing to prevent the disintegration of our environment – which will sooner or later become an irreversible route – we young people are forced to take matters in our own hands. I believe we are all individually responsible for the planet we live in, therefore we should all do as much as possible to safeguard it and we can start to make a difference right now by doing something as small as using less plastic or picking up trash from the ground.

Q:What do you think about students standing up for environment and joining climate strikes?

A: It’s amazing – we should definitely support all the students who wish to participate. Young people are really going to make a change in society, they’re a lot more aware and proactive than older people. It’s very exciting to see all this conversation and movement happening – you guys are the future.