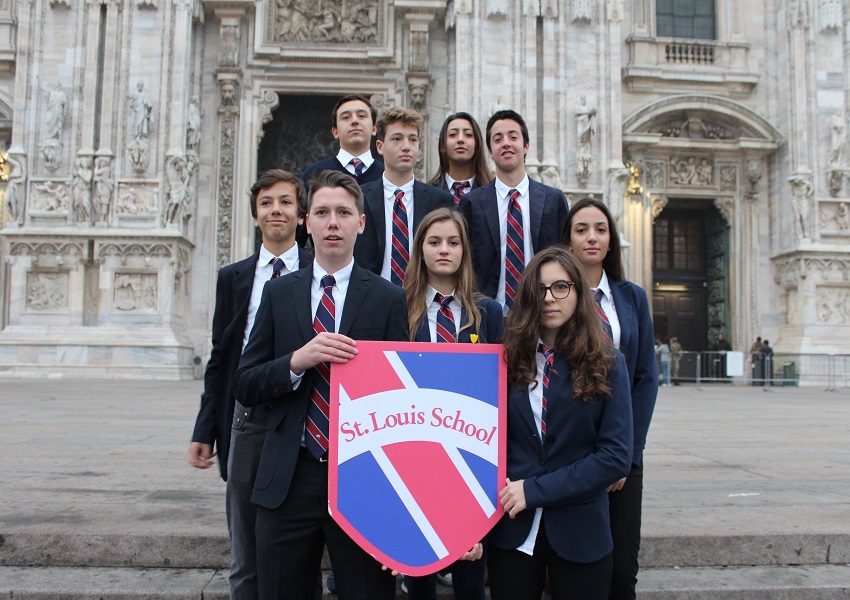 Just before the end of the first half term, (the longest one students go through), the school administration decided that it was time to elect new Student Council members. Many applications were sent in by pupils, who were eager to gain a prestigious seat on the council. The selection of the new members was completed in the middle of the last week before the half term break started; and I’m sure all of you are very curious to get to know the new elected students.  During the break I spoke to  Annibale, one of the Council members.  I had the opportunity to question him about the new role he has undertaken, as a member of the School Council.

Annibale seemed very engaged right from the first question, and demonstrated such enthusiasm and appreciation for the role, that the impact he had on me was of a young fellow student ready to undertake this adventure. Annibale saw this opportunity, both as a way to improve and learn skills fundamental in his near working future, but also as a way to improve the school environment in general. The specific words that came out from him in describing the benefits this opportunity has given him were: “I will have embraced various [skills] which are going to help me in the near future as well as being capable of making some substantial changes both inside and outside of school.”

As the interview progressed the conversation got more and more detailed, my IB colleague and I got to talk about the positive aspects our school has, and the things that need to be improved.

Annibale started off by complimenting and showing great acknowledgment to the school, for the education that he has received in the last 13 years. He also approved the atmosphere and the long lasting friendships that the school environment creates. “Teachers and pupils make the stay at this school pleasant and joyful” he contributed.

Annibale then turned his observations to the sport sector, of which he is in charge, and emphasised how much more can be done to make this school more active in sport. He then pushed on the fact that the school should get involved in more sports events, to show off the potential of the students, of which a small taste has been given to us with the results at the Mediterranean Cup.

“Events must  include everyone, boys and girls”, he remarked showing great interest for everyone in the school. I also learnt that a Sports Team will be created, with the  objective to make sport a fundamental part of the school’s culture. Annibale then concluded the interview by announcing the 2nd St Louis on the Slopes event that will take place on the 29th January 2018, a ski competition in the Italian Alps.
Q and A session
Q: What pushed you to become part of the Student Council?

A: Being part of the Student Council was something I have always admired during these past years. The aspect that really engaged me in taking on this experience is that when I will finish my time within the Student Council I will have embraced various work aspects which are going to help me in the near future as well as being capable of making some substantial changes both inside and outside of school.

Q: What do you expect to learn from this new experience?

A: From this experience I hope to embrace valuable work ethics such as diligence, cooperation between students and professors and many other important aspects. Moreover I would like to bring substantial implementations to the school which will remain there for the years to come.

Q: What do you think of the school in this moment?

A: I have been attending St. Louis School since the early days and during this time I have become both educated and instructed in the best way possible as well as creating long lasting friendships. St. Louis School has a great atmosphere, teachers and pupils which make the stay at this school pleasant and joyful.

Q: What is your role in the Student Council?

A: My role within the Student Council is as head of sports where I can create, participate and come up with any kind of sport tournament/activity which the pupils at the school can participate. These must include everyone, boys and girls.

Q: What has been done in the previous years in the school’s sport sector?

A: Within my area we haven’t been doing much as there has been the Mediterranean Cup which is a football tournament. However, my colleagues and I want to create a ski weekend where the pupils compete.

Q: What do you aim to change in the future?

A: In the school environment there are very few things I would change. One of them could be a regular sports team. Furthermore, we have discussed that there could be after school lessons for pupils on a regular basis, these can be either at school or online.