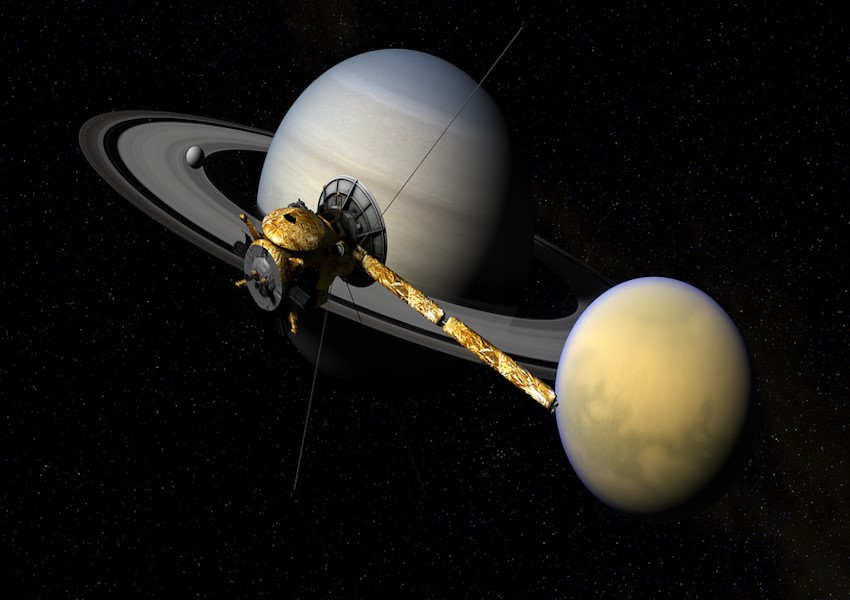 Finally, after a 13-year-long expedition, NASA’s Cassini spacecraft made a fiery dive into Saturn’s atmosphere, determining the end of an extraordinary chapter in space exploration. In a nutshell, Cassini’s mission was to explore and take high definition images of the giant planet Saturn and explore space for other planets that could potentially have life on them. The pictures will give NASA’s astronomers a chance see if life ever existed on Saturn, as well as a more in-depth look at the ocean planets, Titan and Enceladus.

Cassini was a very important spacecraft that completed 22 weekly “Grand Finale” dives between Saturn and its rings, something that is very challenging and has never been done before.

NASA received confirmation of Cassini’s obliteration at 7:55 a.m. EDT on Friday, Sept. 15, 2017, thanks to to the Deep Space Network antenna complex in Canberra, Australia. It was an emotional moment for everyone at NASA, but especially the people who were working on the project.

All the hardworking astronomers and scientists patiently waited for the data that Cassini was able to discover, which was saved and sent back to earth. The beaming process took several weeks to send this data through space after the recorded death of the famous spacecraft. The Cassini team is thoroughly examining this information, and hopefully, they will publish all their discoveries soon.

Even though Cassini’s life has ended, its revelations will live on forever. Astronomer, Linda Spilker described the end of the legendary spacecraft’s mission magnificently: “Cassini may be gone, but its scientific bounty will keep us occupied for many years. We’ve only scratched the surface of what we can learn from the mountain of data it has sent back over its lifetime”.