An Insider’s view of Xanadu 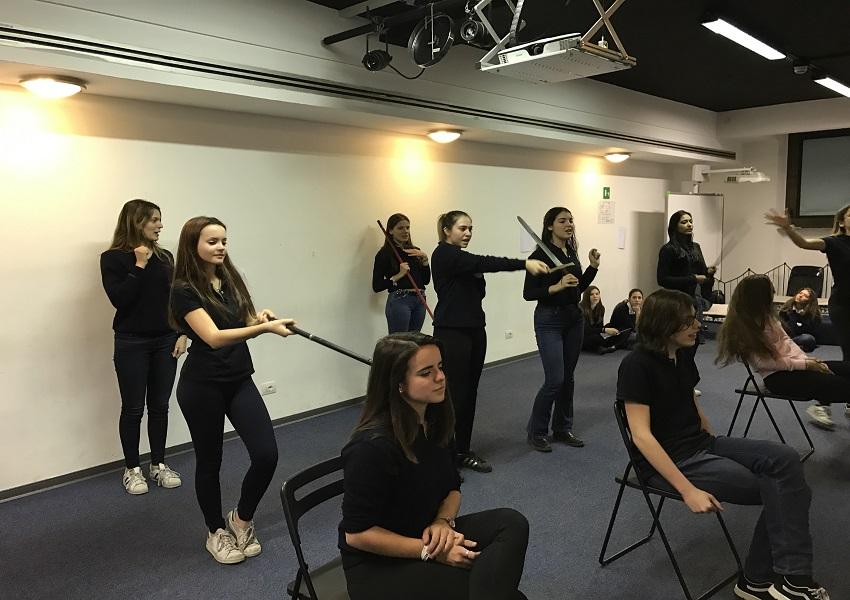 The lights. The faces. The music. The adrenaline. That is all a performer can feel when they first walk on stage. It’s something that they dread seconds until they are there. Then, everything changes, and it becomes a whole other experience. Performing on stage is probably one of my biggest fears, yet I’ve been doing it since I was 6 years old and still put myself through it up to this day. Why, you ask? Acting, dancing and singing have just followed me everywhere in life and in the end, demonstrating these skills to the public is a short price to pay for something I enjoy so much.

Xanadu’s performance date is coming up shortly and though the fear of acting in front of hundreds of people can be overwhelming, the end result is what keeps me and probably most other members of the cast going. The performing arts are all about putting yourself out there because ultimately, the most memorable moments of a show aren’t when the performer speaks, dances or sings like they were supposed to. The most significant moment of any piece is when the performer manages to catch the audience’s eye through a distinctive action or an unusually particular type of movement. The only way we will be able to make this production more successful than High School Musical or Grease is if we can incorporate all of these things in and leave what is known as the most unfamiliar musical, engraved in our school’s history.

Working as hard as it can get since October, every person who is behind Xanadu would probably agree with me when I say that we’re all exhausted, worn out and may explode if we hear another verse from the song All Over the World. However, we can finally claim that we know every word to each song inside out, we could probably dance each step of the choreography in our sleep and having gone through the script at least 100 times: even the back up dancers know Kira’s lines (the main character). We are beyond ready and with final preparations like costume designing and appointing the light order; an increasing sense of excitement is starting to fill our rehearsals.

I have no idea how much the audience will appreciate our hard work, or if they will even enjoy the final outcome but I can ensure one thing: we will be grateful that Mrs Warringer let us have the chance to be a part of this project. I must admit that there has been a lot of drama and at one point it even looked like there wasn’t going to be a production this year. On the other hand, I have made so many friends that I’ve learnt a lot from and shared moments of laughter with, all of which are decisively more valuable and significant than those few moments of crisis.

I hope everything does go well in these final few weeks of preparation. Mrs Warringer deserves the best and if everything goes according to plan, the cast and the name will go down as the school’s third successful musical in a row.

Please come and watch! We await you all…