An Audience with High School Musical – a review 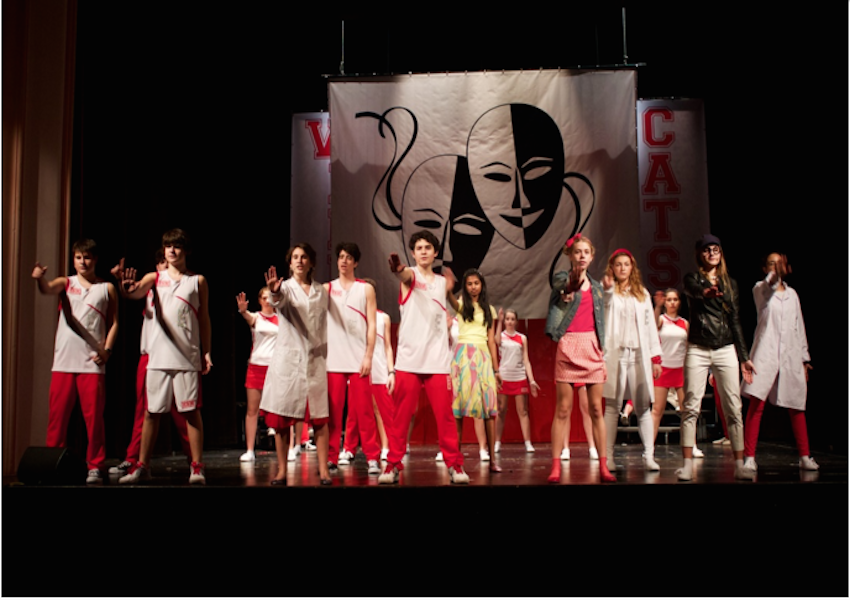 In my two years of high school, I was able to first participate in the choir, in one of the school productions, and now to be part of an audience. They have been fantastic experiences that have demonstrated the hard work and passion from students towards an extra curricular activity.

This year the school’s version of the 10 year old movie High School Musical, was performed by the Year 12 and 10s (with the participation of one Year 13). After the hard work and dedication, shown from the actors, we must say that the work paid off.

In my personal perspective, they did start of with, what seemed like little enthusiasm. Though as the show went on, the mood started to change. The audience could feel that it was the last show, and the cast was was giving its best. After such hard work, the last show is always the saddest in a way. Though it is also the last occasion for everyone to give their best shot. And this is what they did.

I have grown up with the movie High School Musical, and I had, therefore, high expectations for this theatre representation. I was expecting joy and passion from the actors. And they delivered it. The cast showed the enthusiasm I was looking forward to during the singing and dancing. They have demonstrated passion towards what they were doing. But must of all the audience could feel how the actors were having fun, whilst they were on stage.

There were 31 members of the cast, including cheerleaders and extras, and they all gave their best on stage. If this show had not included even one of the members, it would have not been the same. Minor parts like the chemistry teacher or the audition students, all added up to a fantastic performance. The minor parts were indispensable for the great out come of the show. The major roles, such as Sharpay Evans or Troy Bolton, were amazingly represented by the actors. The features of the characters in the movies, were perfectly reflected by the actors.

I have overall enjoyed seeing this performance.