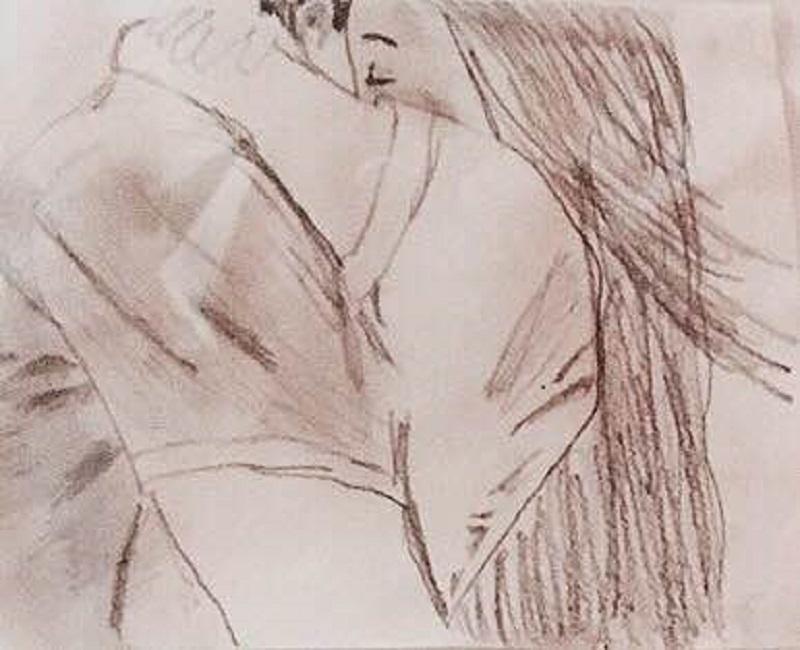 And we are back to the time of the year when lovebirds are able to have a festivity of their own.

There is Mothers Day and Fathers day. There is Grandparents Day and then there is Friendship Day. There is a day for most of the “categories” in the society. The 14th of February is just another one of these festivities.

Some people dislike it and some love it. This might depend on whether a person is Original artwork by Diana
single or in a couple, but not necessarily. There are couple that don’t celebrate this day, and singles, which might be eating Nutella on this day, who love it, but don’t have a date.

St. Valentine’s day can be considered as an essential date on the calendar or just a day like any other. The ones that actively hate this festivity usually refuse to have a date and be extremely sweet for one day. Similar to the “sad/lonely” individuals, these, though, are more honest with their feelings and aren’t as proud to hide their emotions.

Though everyone, in my opinion, should accept that this festivity has entered our calendar. People should not hate the lovebirds, especially because it is probably only an expression of jealousy. I’ve personally seen many scenes where this festivity is hated only because the individual was single. Though as soon as they are in a relationship this is the best day on the planet.

It is probably a natural reaction of the human brain to respond positively to something only when it is in their favor.

St. Valentine’s is a day where “love is all around” and this can also represent love between two friends or family members. Though if this does not convince you, my beloved singles, just remember that Beyoncé was placed number two in MTV’s best song list with a song about being single. It was ranked as the second-best song of the 2000’s and it was placed ninth  on the All-Time 100 best songs list.

Anyway Nutella, ice-cream and pizza are always available at any supermarket.