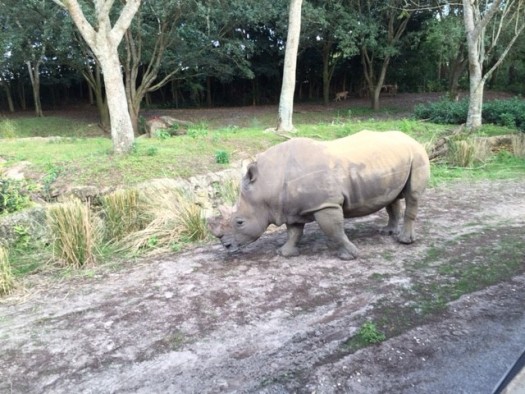 The Northern White Rhinoceros is a majestic creature found in areas of northwestern Uganda and south Sudan. In 2006 there was an estimate of only 4 white rhinos left in the wild. Since 2008, however, scientists have lost track of them and the species is now believed to be extinct.

If you are wondering why white rhinos have vanished, there is one most likely answer, which has been affecting not only rhinos but also other species: poaching. It is obviously an illegal practice but yet has been increasing dramatically. There are only 5 white rhinos left (4 females and 1 male), all of which are in captivity. Attempts to breed them, and consequently save the species, have all, unfortunately, failed.

Worst of all according to authorities 1215 rhinos were slaughtered in South Africa in 2014, two thirds of these were killed within the borders of Kruger National Park a wildlife reserve especially created to protect these animals from harm. Every year the amount of rhinos killed increases and possibly worse of all the rhinos are alive when they are forced to feel the agonizing pain of their horns being hacked off there own heads and then left for dead, suffering for hours before finally passing away.

If you’re wondering why people poach in the first place it is because of the rhinos highly valued horns, which sell for the same price as gold on the Asian black market where it is usually sold to Vietnam where it is believed to help certain medical conditions. Yet, what makes no sense is that it has been proven that rhino horns are the same material as our hair and nails yet they are still used in medicine.

If we don’t do something fast to prevent these horrifying acts rhinos will be stories we tell to our children of what used to exist. Is it going to be goodbye Northern white rhinos or even worse goodbye rhinos in general? Only we can make an impact.