Please Handle With Care: Fragile Object Inside – DISSOLVE: MORE LIKE A STATE OF MIND 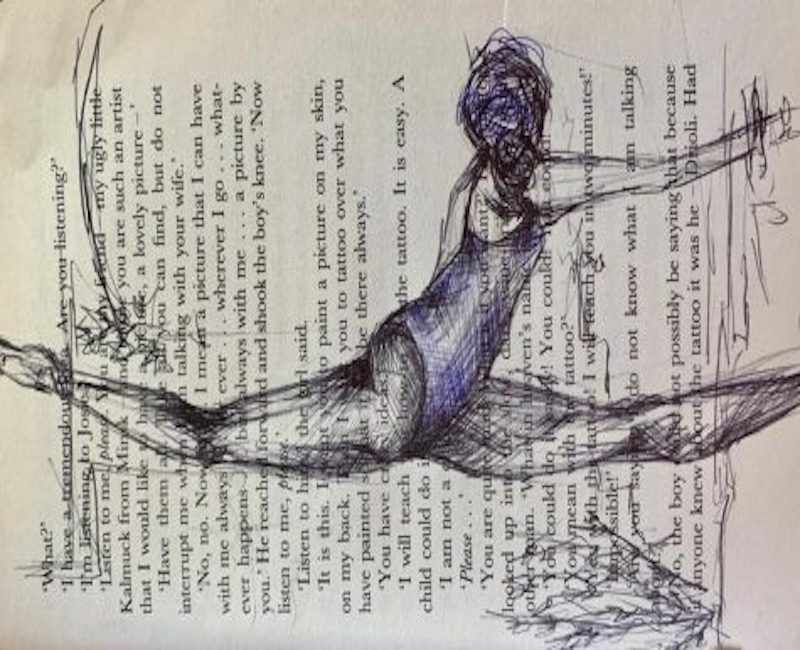 As children, we build our own castles of infinite happiness. They are illusionary, yes, and yet while we grow up, they make up our entire worlds. All people are different, obviously, and yet I believe that at some point in our life, there was a time when we were all tricked by an illusion. These could be little harmless things, like a child who believes in Santa Claus, or a far more serious matter, like a person who trusted his deepest concerns to someone unworthy of it. Either way, when we find out the truth, we get hurt. In some cases, it’s not that big of a deal, the person just gets upset for a while, but eventually, it passes. However, there is also another scenario.

Imagine the following. Decades ago, two people meet each other and fell in love, and little by little started working on this great construction called “trust”. They work on it for many years, carefully and slowly. Then, at some point, one of them realises that they have already completely dissolved into their partner: they now trust them as they would themselves, never question them and can’t even picture their life without them. Then one day comes, and that person does something that has an irreversible effect. Let’s say, they say something that they instantly regret. Just a little word, it certainly wasn’t on purpose, probably wasn’t even that bad. Still, for the person who got hurt that little word causes a breakage somewhere inside that will be very hard to repair. Those words have left a definite mark inside of them and unfortunately, but most likely, they will never be forgotten.

The thing is trust is quite a fragile substance, created from piecing together little drops of loyalty and love. Each action, each little word that we say affects our relationship with someone. It either makes us closer or on the contrary, increases the distance between us. Trust is like a valuable vase made out of glass. No matter how much effort it took to make it, just one wrong action, one mistake can break it into a thousand pieces that can’t be put together anymore.

Today anxiety and trust issues have become so widespread that even the most confident-on-the-outside people may actually suffer from them. We live in a world where some people are so used to saying what they think about others, whether it is something good or bad. I once heard somewhere that we don’t always remember what exactly someone has said to us, we only remember what emotions those words made us feel. Now imagine that most people are scared or insecure about something and don’t even remember what caused it to begin with.

Surely, something must have happened because when we were children, everything was different. We went around wearing what we wanted, saying what we wanted, doing what we wanted, never thinking about the consequences. You can often see videos on the internet of a little girl or boy easily doing backflips or different tricks without even the slightest sign of fear. Yet as time passes and as we grow up, something changes in us and we all become more self-conscious, each of us gaining our own insecurities and fears.

Thick-skinned or not, because we are all people, we can all get hurt. It is simply in our nature. The difference is that some of us may actually show it on the outside, while other people choose to wear a mask and hide their true emotions deep within them. Those people have gone through so much, that they feel like they can’t open up to anybody anymore. They build a barrier around them and don’t let anybody in as they are scared of getting hurt again. Each day their friends and family try to break through the walls, hoping to get to their true self, and in many times, unfortunately, they don’t succeed. I myself was lucky enough to have found a few people that I can trust with anything, and I honestly wish for everybody to have somebody like that. As strong or as independent as you think you are, from time to time we all need somebody to talk to and let everything that’s been piling up inside of us out. All you have to do is simply choose the right person.