Location Coordinates – DISSOLVE: MORE LIKE A STATE OF MIND

"It’s actually really fun to observe. Unless it happens to you, of course. That is because for the worst or for the best, in the case of humans, there is no such thing as a line. Two substances will always mix, affecting each other in a way that can’t be predicted." 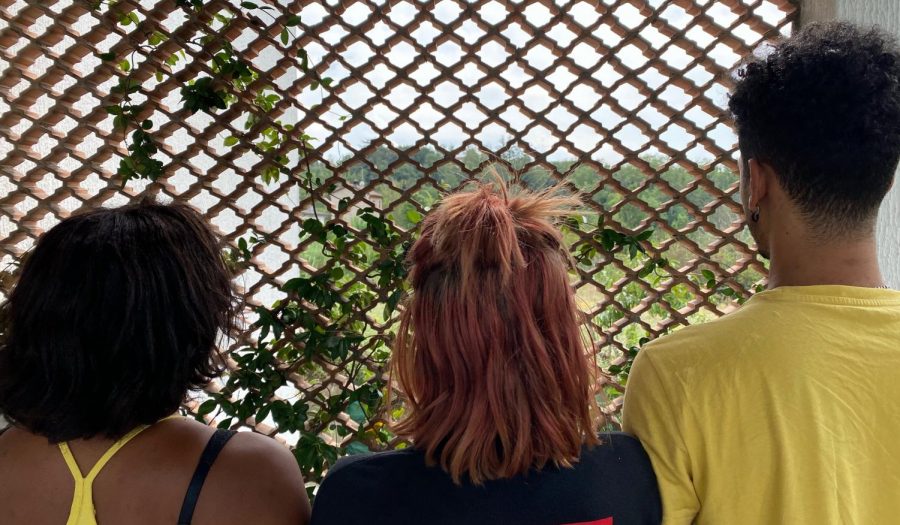 So many things in this world are separated into twos. We believe in what is right and what is wrong, write with our left or right hand, prefer savoury or sweet food, dogs or cats. But also, when you think about, the universe itself is making it clear that the world around us is not that simple and not everything can be so easily split into two opposites. If you look around, you see people with blonde, brown, black, red (or some other variation) hair; who were born with brown, blue, grey or green eyes and rich, straight or wavy hair. Moreover, humans try to go even farther than nature did and invent new variations of practically everything: genetic engineering of food, animals; the progressive industry of plastic surgery; the creation of apps that can change your appearance in any desirable way… we are filling in the gaps between the two opposite poles of reality with new, invented options.

A maximalist myself, I am quite stubborn and most times, I stick to my own opinion and personal view, which frankly, can sometimes be quite extreme. Case in point, I believe that there are two only types of people in this world.

The first type of person is the one that depends on the society they live in. They are very self-conscious, maybe even anxious and are used to thinking about the impression that they give out. These people never truly relax or act as they wish; instead, they worry about the opinion that others have about them. These thoughts are like huge weights on their chest, and even though they try to seem careless and positive, they are in fact constantly haunted by the fear that someone will think badly of them.

And then, in my opinion, there is the second type. For these people, their own morals are more important than the public’s opinion. They are not hypocrites or selfish, neither are they better than the first group, of course not. However, they lead a simpler life. Instead of wasting their time and nerves, they do whatever they want and only listen to the voices of those they actually care about. They don’t overthink their own actions and just do what is right for them.

Now here is where the difficult part comes.

Remember when I talked about the opposites, my own “either black or white” point of view? Well, now that I think about it, I understand that you cannot just divide people into two groups. Most things in life are not just black or white, and we must remember that there is an indefinite variety of colours in the colour spectrum. Personally I can say that I cannot put myself into any of these two categories right now; I guess I am somewhere in between, hopefully moving in the right direction and gaining more confidence. But for the current moment, my location coordinates are unknown.