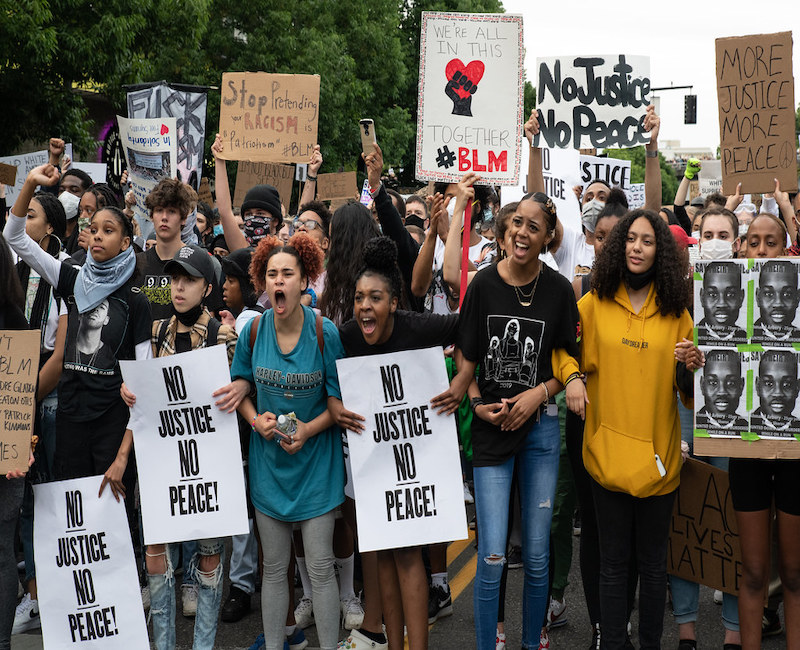 The first thing I do every morning is to check Twitter.

Shielding my eyes against the brightness of my phone’s screen in the darkness of the bedroom, I scroll through tweets until I have briefed myself fully with what has happened overnight in America’s day-to-day. The celebrity we now hate, the new meme and its variants, the outrage at-president-of-said-country’s latest fiasco…

Twitter is also what drew me to George Floyd’s murder.

Initially, I thought George was another case of the US’ gun violence problem, something I had strangely come to see as normal; so I scrolled past that tweet, saddened by the news but relatively unaffected.

And then the next tweet followed. And the one after that. And the thousands after those.

With them came the video of George’s horrific murder, that image of his lifeless body pushed into the ground by Derek Chauvin’s knee. The officers who stood by. The people screaming at Chauvin to stop. The woman not finding George’s pulse after nine minutes had gone by.

For the first time, I felt utterly paralysed by the violence I had just watched unfold before my eyes. It was senseless. A clear violation of human life. A clear demonstration of what a human with an ounce of power can do to others. It was the obvious statement that something was drastically wrong with the US police force.

There were thousands of others with similar stories. Tamir Rice was twelve when he was killed by police because he was holding a toy gun. Breonna Taylor was in her bed when police broke into her home and killed her. Philando Castile was shot in his car next to his girlfriend and four-year-old daughter.

Twitter was set alight. Hashtags such as Black Lives Matters, Arrest the Officers and Justice for George Floyd were trending in hundreds of countries for days. Petitions were being shared and they were garnering millions of signatures. Donation websites were set up, and receiving millions of dollars in support of George and bail funds aiming to protect the rights of black Americans and protestors. It spread to Instagram. Activists were sharing resources to help educate yourself: movies, documentaries, videos, articles, stories, pictures. E-mail templates demanding justice from mayors, attorney generals and governors were being shared by the thousands. People were angry and tired.

They took it to the streets next. Protests from Minneapolis spread to all 50 states and then in hundreds of countries in the first week of June. People were angry and tired.

Days later, Derek Chauvin and the other officers were arrested and charged. Breonna’s case was reopened and a law, named after her, was passed to ban No-knock search warrants in Louisville, Kentucky. In Belgium, Leopold II’s statue was taken down. In Bristol, Edward Colston’s statue was thrown into the harbour. Twitter was exposing racists on the internet in a vigilante-justice of sorts, so exasperated by the lack of real justice available in the “real” world.

Put simply, protest works. It changes mindsets and educates people, makes them aware of the underlying, systemic racism still present globally. The age of the internet has made it effortlessly easy to become an activist: petitions take a matter of seconds to sign, donations are immediate, information is constantly spread, communication is always flourishing…there is little excuse not to participate.

The Internet and social media are exposing malpractice in a way that has never been seen before. Current public opinion tends in favour of the Black Lives Matter movement following the widespread diffusion of police violence on peaceful protests, reminiscent of the Anti-War Movement in the 1970s in the US. Once the reality has been exposed, there is no way to go back, no way to look the other way, you are forced to deal with it.

What we are seeing now is the emergence of a new form of protest, stronger, especially in numbers, than ever before. We have now reached a crossroad that I would argue has never been seen before: we are now bombarded by information constantly whether we want it or not, and with that, we are also given choice. The internet challenges us with the choice of willful inaction or its opposite, pointed action, every morning we wake up and check Twitter.