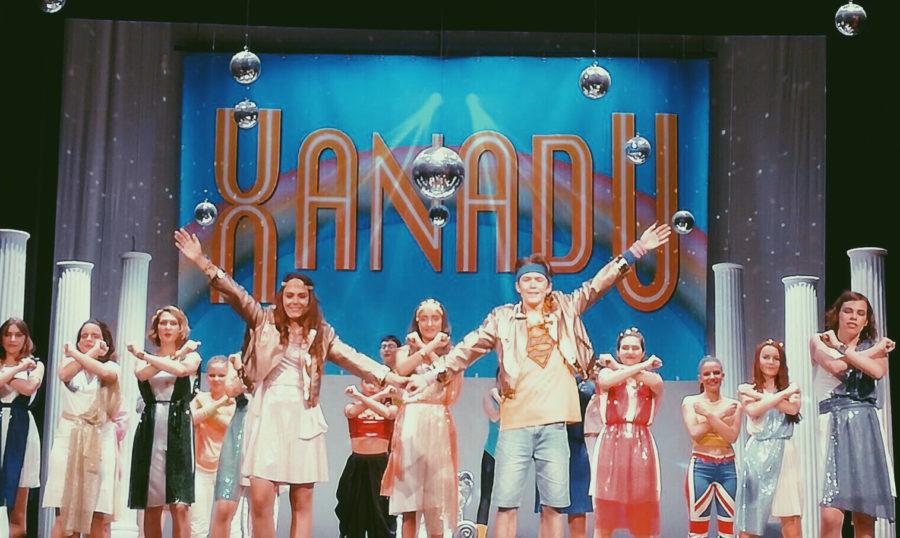 Processed with VSCO with p5 preset

A proper production, with microphones, a professional stage, experienced workers, a cast of true actors, singers, and dancers, a show, a script. All of this in one show that has had dedicated students, who attended all rehearsals and practiced  songs, harmonies and lines intensely at home and at school.

This would be the perfect description of the ideal musical, that anyone would want to pay to go see. This was in fact what people thought when they saw the show. Only positive comments were made by  spectators of this year’s musical: XANADU.

Though this show had started with prejudice: some were doubtful of the outcome of the show, some not interested (not knowing the story) and some were just ready to make fun of their friends on stage.
The cast it self thought, at moments, that the outcome would have been only as good as a “banal school play”. In all this, yes there were professional workers, and yes there was a script and a stage and microphones, but is this all a show needs?

The answer is no.

St Louis School’s Musical production was able, once again, to demonstrate that all can be overcome. This year we were able to bring to the audience a fantastic representation of XANADU. And there have been dropouts,  illnesses and absences,  there have been arguments and nervous breakdowns. Though all was hidden by the joy and passion that in the end were the only emotions shown by the cast on stage in all three shows. One element that has been emphasised throughout all this experience is surely teamwork. It has helped create a team that worked hard through all difficulties.

Talents have been discovered, friends have been made, and as the days go by from the end of the show, people still talk about it all the time. Some reference the lines from the songs, some hum the songs, some scream “XANADU” randomly, and all this by one show that was based on prejudice.

As the antagonist of the story, I was surely not expecting so much love and appreciation for the character. So not only was the audience pleased with the general idea of the story, but couldn’t have been more caught up in the acting to notice not only what the character portrayed, but rather what each actor conveyed.

I must say, that as what may seem as my last experience within the theatre environment, it has been a joy and an honour to participate. I would encourage anyone that would ever have the opportunity to participate. Because there is no better way to find out what true problem solving is, or what it feels like being under pressure, than to have as a result what, I can say to be, the best show ever.